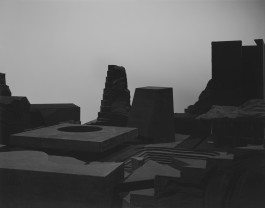 The foundation of photography began with the camera obscura. An optical construction to project its surrounding landscape in a darkened room. It was used in the 16th century to study landscapes by means of drawing and painting. This natural phenomenon eventually became the analogue camera, thus freeing the artist to explore and document their surroundings in photographs that can be exhibited in a conventional space.

Philippe and Ruben oppose this traditional approach of the photographer in this installation: Constructing the photograph within the museum space. Turning the actual gallery into a place of production.They created an imaginary landscape by using 16 physical models that can be moved around individually. The visitor is challenged to interact with these models. Moving them around and form a new landscape to overcome the position of a passive spectator. During the exhibition, the ongoing changes of the new landscapes will be studied and documented by means of a large format camera.This proces will continue to develop by printing the images direct on the bare walls of the exhibitions space. The opening is the start, the finissage the result. Transforming it from a static space to a performative apparatus.

The original meaning of the word landscape, derived from the old Frisian Dutch word “landschop”, meaning shovelled land, is referenced here. It was used to designate the surface of the earth that had been shaped for human habitation. 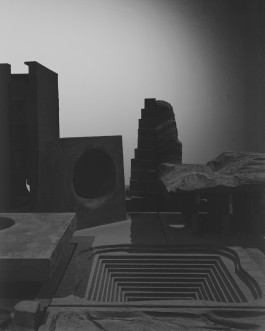 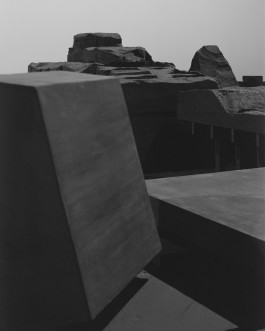 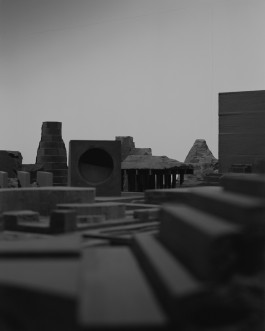 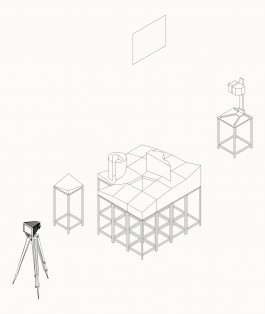 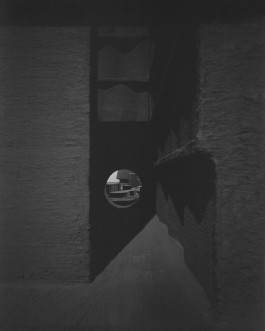